Create an Account - Increase your productivity, customize your experience, and engage in information you care about.

Township Name
The origin of the township's name has never been definitely determined, although there are various theories.

One belief is that an extremely broad and level expanse of meadow along the Wissahickon Creek became a broad or wide marsh when subject to overflow; this natural feature may have been pronounced "white marsh" by German settlers, thus originating the name Whitemarsh. Another theory is that the name was suggested because the springs at Spring Mill rise from a marsh of white earth and sand, resembling pewter sand, and thus may have suggested the name. Still another is that Whitemarsh received its name from the white mist that hung over the land on many occasions.

Early Settlements
The township's original inhabitants were Native Americans, members of the Leni Lenape tribe. A peaceful tribe, they apparently lived in harmony with the township's first European settlers, English and Welsh Quakers, who endeavored to learn the Indians’ language and customs. Settlement began in 1683, only a year after Charles II of England granted William Penn his woods. Major Jasper Farmar, a British army officer living in County Cork, Ireland, heard of Penn's desire to colonize his grant and, persuaded, purchased a 5,000-acre tract containing most of what is present day Whitemarsh. The tract stretched from the Schuylkill River to the Wissahickon Creek.

Unfortunately, Farmar died as arrangements were being made to sail to America; however, his widow and children decided to make the voyage. The family, along with several servants, arrived in Philadelphia on November 10, 1685. Surveying their tract, they chose the Fort Washington area for their homestead. The Widow Farmar apparently did not survive for long in the new land, for her son, Edward, who inherited the tract, began to subdivide it into parcels of 100 to 200 acres during the 1690s. These parcels were sold to Quakers and later, German immigrants, as farms. Some time between 1690 and 1700 Edward Farmar donated land for the township's first church, St. Thomas'. The congregation is still active today, making it the township's oldest and one of the oldest in Pennsylvania. Another early church is the Plymouth Friends Meetinghouse, organized in 1686. While in Plymouth Township, this church was instrumental in the growth of the Plymouth Meeting section of the township, which was one of the earliest settlements in Whitemarsh.
Influence of Limestone
In 1686, an event occurred in neighboring Oreland which was to have a profound effect on the township. A man named Thomas Fitzwater discovered vast lime deposits on his land. He erected a kiln to process it which, by 1693, had attracted the attention of Penn. Penn ordered a highway built from the port of the Delaware River to the kiln. Named Limekiln Pike, and still in existence today, it was one of the first roads in the area. With subsequent deposits being discovered in Whitemarsh, lime kilns began to appear throughout the township creating its first and most noted industry. 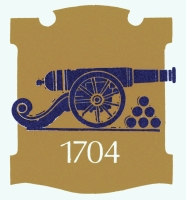 18th Century Development
The pattern of the township's early settlement was not dissimilar from the rest of the region, or indeed, from the rest of the country. Roads were laid out to link mills, churches, farms, and lime kilns. Villages began to appear at important cross roads, encouraged by the development of taverns or inns which started to appear in earnest after stagecoach service was introduced to the county in 1763. Important early roads traversing the township include: Germantown Pike, which existed as early as 1687; Bethlehem Pike, which was developed to facilitate the hauling of lime in 1698; Ridge Pike, opened in 1706 to provide a connection between the Wissahickon and Perkiomen Creeks; and Skippack Pike, first used in 1713.

Revolutionary War
During the American Revolution, Whitemarsh hosted several important events relating to the war. During the Fall of 1777, General Washington and 11,000 troops were stationed in the township, guarding the Wissahickon Valley from British redcoats, who then held Philadelphia. Washington's encampment extended from Militia Hill on the west, over Fort and Camp Hills, to Edge Hill on the east. It was during this time that these hills received their names. Militia Hill was named because it was held by the Pennsylvania Militiamen, Camp Hill because it was dotted with tents, and Fort Hill because it contained the fort. There is no record on why Edge Hill was so named.

Several township buildings still stand that played a role during the Revolution. General Nathaniel Greene stayed at Hope Lodge, and General Biddle stayed at what is now the Scoogi's Restaurant (formerly Sandy Run Tavern) on Bethlehem Pike. Washington, unfortunately, did not sleep in Whitemarsh; he stayed at the Emlen house in neighboring Springfield. During December 5, 6, and 7, 1777 there were skirmishes between the Revolutionaries and General Howe's troops in the Flourtown area. They ended when a British attempt to capture Fort Hill was thwarted because their cannons could not traverse the terrain from Flourtown. Shortly after that Washington and his troops decamped for Valley Forge. Lafayette Hill was also the site of some activity. St. Peter's Lutheran Church was used by both armies as a stable and battery. In 1778, General Lafayette established an outpost at the church to protect Valley Forge from a British assault leaving Philadelphia via Ridge or Germantown Pikes. Left in ruins after the war, it was not rebuilt until 1809. The present structure dates from 1901, replacing the earlier building which burned in 1899.

Early Villages
Whitemarsh remained relatively stable throughout the 19th century. Its most startling change was the incorporation of Conshohocken as a borough in 1850. By mid-century the township had developed 9 distinct villages. They are as follows:
The growth of these areas was undoubtedly helped by the transportation improvements that occurred during the 19th century. Reflective of similar developments throughout the east coast, a canal along the Schuylkill River, conceived in 1810, was completed in 1825. Ten years later, a railroad was constructed along the Schuylkill, connecting Philadelphia to Norristown.

By mid-century numerous rail lines ran throughout Whitemarsh. They were followed by street cars in the 1870s which provided passenger service to the city and such local boroughs as Norristown, Conshohocken, and Ambler.

Yet, these improvements did not lead to the late 19th century garden suburbs created in such areas as Wyndmoor in Springfield, Wyncote in Cheltenham, or Wayne along the Main Line. Whitemarsh remained a community of small villages and farms, except for some development radiating out of Conshohocken. One explanation for this was the rapid growth of Conshohocken and Ambler during the 19th century. Their activity absorbed most of the area's growth and caused Whitemarsh to remain static.

Of the 19th century villages, 6 still appear on maps (Spring Mill, Plymouth Meeting, Barren Hill, Cold Point, Broad Axe, and Fort Washington). They have been joined by 4 others: Lafayette Hill; Miquon, originally the Lafayette station area, this stop was named Miquon in 1921 to end confusion with Lafayette Hill; and, HarmonviIle, named after a shopkeeper who lived in the area; and Cedar Heights, the name of an early 20th century subdivision.

Business & Industrial Influence
While these transportation improvements brought relatively little residential development, they did create a lot of industry. From a township that had 5 inns, 5 grist mills, 3 paper mills, and 2 tanneries in 1785, Whitemarsh developed a respectable industrial base by the late 19th century. Industrial corridors emerged along two rail lines: the Plymouth to Oreland rail line and the Schuylkill River oriented rail line. The Plymouth / Oreland line, developed because of Corson Quarry, caused this business and several other similar industries to boom. Today, Corsons', now known as Highway Materials, is the only quarry still in operation. It is the oldest continuously worked quarry in the United States. The Schuylkill line saw the development of much heavy industry, including: Hamilton-Paper (later Weyerhauser and then Simpson), Lee Tire, Hale Pump, and Quaker Chemical. While many of the industries are gone today, some of their, buildings remain; silent reminders of the Delaware Valley's smokestack era.

20th Century
Present day Whitemarsh emerged after World War II. A demand for new housing, created by a shortage of it owing to the Great Depression, was coupled with low interest government mortgages, resulting in the nation's greatest housing boom. Additionally, automobile ownership was now available to the general public, allowing city residents the chance to venture beyond public transit corridors. This made the farmland of Whitemarsh appear very attractive. The birth of the modem suburb had begun and Whitemarsh's location adjacent to Philadelphia put it in the path of the first wave.

From a population of 4,855 in 1940 the township grew to 12,286 in 1960. During the 1950s the amount of housing in the township rose 54.4%. Much of this growth radiated out from the Ridge and Germantown Pike corridors. During the 1960s and 1970s, the housing development grew out to Flourtown Road, creating a continuous developed suburban community between the Ridge Pike corridor and this area. Only the Barren Hill / Miquon area, with its steep slopes, and the northwestern Fort Washington / Ambler area, with its large private land holdings and large lot zoning, remained substantially undeveloped. However, since the early 1990s, as the township continues to remain one of the more desirable communities in the southeastern Pennsylvania region, a demand for new housing has begun in these areas.

The late 1980s and 90s witnessed another round of development activity in the township triggered by the completion of the Blue Route (Interstate 476) with its major interchange in nearby Plymouth Township. Commercial development increased with major projects such as the reengineering of older Lee Park and Simpson Industrial properties along with newer office / light industrial projects. Improved regional economic conditions and low interest rates spurred residential growth with over 600 new housing units added in the late 1980s throughout the 1990s.

The township's population peaked in 1970, with 15,886 residents, but dropped through the 1980s with the 1990 census reporting a population of 14,863. This is not surprising for a suburban area whose growth began 50 years ago. What is surprising is that it has dropped so little, given the problems, nationally, of other first growth suburbs. As the township enters its fourth century, it remains a solid and economically sound community.
Employment
Agendas & Minutes
Trash & Recycling
Applications & Forms
Parks & Recreation
Notify Me
/QuickLinks.aspx
Government Websites by CivicPlus®
[]