Create an Account - Increase your productivity, customize your experience, and engage in information you care about.

History of the Department

During the early 1920s, the Pennsylvania State Motor Patrol, forerunner to the State Police, provided law enforcement in Whitemarsh Township. Later, Constable Harry S. Steinmetz, a resident of Church Road in Barren Hill patrolled the township in a Ford Model-A touring car and a motorcycle with sidecar.


In 1929, The Whitemarsh Women’s Club petitioned the Montgomery County Court to authorize a Police Department. The leader of the movement was Clara Burke, founder of the Nursing Home that still bears her name. Mrs. D. Harry Dager and Vera Hiltner, charter members of the Women’s Club, also supported the movement. The club hired a well-known attorney, Theodore Bean, to represent their petition. Positioned on the northwest border of Philadelphia, crime was rising and motor traffic safety concerned the local citizens.

Not all residents approved of the proposed $75 a month salary for two officers. The very morning the court was to hear the petition; Constable Harry Steinmetz recovered a stolen car on the property of one of the landowners opposing the new police department. Montgomery County Judge Williams, upon hearing this timely evidence, immediately approved the formation of the Whitemarsh Police Department on June 1, 1930.

The Whitemarsh Board of Supervisors paid to have telephones installed in both officers’ homes and also authorized leasing property at the corner of Crescent Avenue and Ridge Pike as the first Township and Police building. The cabin, built by President Franklin D. Roosevelt’s WPA, belonged to the Barren Hill Boy Scouts of America. To protect the township’s 5,000 residents, Chief Steinmetz hired Officer David Ennis. Together they patrolled the Township in their fleet of police vehicles, a Chevrolet touring car and two motorcycles.

Through the war years, ration tickets were distributed from this small Township Building. By 1946, police were investigating 92 vehicle accidents a year. By 1947, that number swelled to 129.

Chief David Ennis replaced Steinmetz as Chief in 1948, serving one year. On April 6, 1949, then Sergeant Edgar Mitchell was promoted to Chief of Police. Chief Mitchell was a towering man with enormous respect in the community.

In 1951, Chief Mitchell began providing 24-hour service. In 1954 the Whitemarsh Police Department moved to its new headquarters at 4021 Joshua Road in Lafayette Hill, complete with a modern radio dispatch system and three jail cells constructed by Walt Gilinger. Officials from all over visited our new headquarters, which was then described as a "modern police facility". Chief Mitchell increased the size of the Department by having local residents sign petitions to persuade the elected Board of Supervisors to hire more officers.

In the civil unrest of the 1960s, Chief Mitchell filled the growing ranks with promising new candidates. His choice in 1965 was Richard Zolko, who would eventually rise to the rank of Police Chief. Zolko was the first college graduate to wear a Whitemarsh uniform. In 1975, Chief Mitchell retired and was replaced by Detective Sergeant Joseph K. Blewitt. Chief Blewitt ran the department for the next 6 years until he retired and accepted a position with the County’s Medical Examiner’s Office. Following Blewitt’s retirement, Richard Zolko was chosen to take over the Chief’s position in 1981.

The Whitemarsh Police Department is proud of its highly motivated force and its fine reputation in the Philadelphia area. Under the leadership of Chief Richard Zolko,many innovative programs were started. The department formed a highly trained Tactical Team that worked regularly with a county Drug Task Force and in high-risk emergencies. An acclaimed Juvenile Detective Division coordinated with area schools to promote positive youth activities. Whitemarsh’s popular Police Bicycle Patrol was formed and still appears regularly in elementary schools promoting safety programs. They also patrol community events and are available for emergencies. Members of the department participate in an active volunteer PoliceBenevolent Association that sponsors charitable community projects, the William Jeanes Children’s Library, youth athletic teams, women and children safety classes and other charitable causes. All of these programs are still active, thanks to Chief Zolko’s vision.

By 1997, the force had increased to 33sworn officersand by 1999 we grew to our current compliment of 36 officers. These sworn officers are assisted daily by radio dispatchers and clerical staff. That same year, the Police and Township Administration moved to their current location on Germantown Pike. Outfitted with the latest high-tech crime prevention, computer and video equipment, this new facility represented the best modern technology had to offer.

Following the untimely death of Chief Zolko in July of 2002, Lieutenant Jesse Stemple assumed the duties of acting Chief. In October of 2003 a new chief was selected. Chief Eileen Behr was selected to lead the department. In this new millennium, the Whitemarsh Police Department continued its tradition of professional policing and reputation for excellent community service. Under Chief Behr, the township’s Tactical Team merged with tactical teams from Conshohocken and Plymouth and formed the Colonial Special Operations Team, following an innovative approach to consolidation of manpower and resources to better serve our community. A new motorcycle unit was formed with the addition of two Harley Davidson motorcycles added to our fleet. Chief Behr’s tenure also brought about the start of Whitemarsh’s first K-9 program with the addition of 2 K-9’s, one a narcotics dog and the other dog trained in explosives. Chief Behr undertook the process of getting Whitemarsh Police accredited through the Pennsylvania Law Enforcement Accreditation Commission and in 2008, we became one of only a small percentage of Pennsylvania Law Enforcement agencies to attain this distinction. Chief Behr also changed our command structure by adding another Lieutenant and adding two Sergeants, one assigned to the Traffic Unit, and one assigned to Community Relations.

Chief Eileen Behr served Whitemarsh Township for a total of 34 years (8 years as Chief plus a combined 26 years as a Police Dispatcher, PatrolOfficer, Traffic Safety Officer, Detective, and Detective Sergeant) before retiring in 2011.

Lieutenant Mike Beaty, who assumed the role of Acting Chief upon Chief Behr's retirement, was selected to be the new Chief of Policein March of 2011. Under Chief Beaty, the department continued to evolve and progress. The Colonial Special Operations team merged once again and would eventually become part of Montgomery County SWAT – Central Region, covering 26 different jurisdictions in Montgomery County. Many of the innovative community relations programs expanded and improved under Chief Beaty, including our Citizen’s Police Academy and our kid’s Cop Camp Program. Chief Beaty continued to assure we remained true to our standards, earning re-accreditation twice more. Beaty recognized technology was ever changing and improving, and as such, improved upon our in car camera systems, our computer records management systems, and computerized evidence management systems. He also incorporated automatic license plate readers into our police vehicles.

Upon Chief Beaty’s retirement in 2016, the township once again looked to appoint a new Police Chief. Thankfully, they didn’t have to look too far to find a very qualified candidate. Lt. Christopher Ward, a lifelong resident and 27 year veteran of the police department was selected to head Whitemarsh Twp PD. Chief Ward is a graduate of Bloomsburg University, the Northwestern University School of Staff and Command, and the FBI National Academy. He rose through the ranks of the department, serving in Patrol, the Traffic Safety Unit, the Detective Division, and as a Lieutenant prior to being named Chief.

Thirty-six officers currently staff the department. We are very proud of our eighty-six year history. The public is invited to visit us at 616 Germantown Pike Lafayette Hill, Pennsylvania. 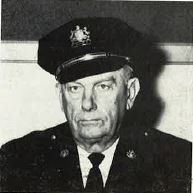 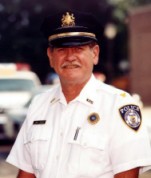 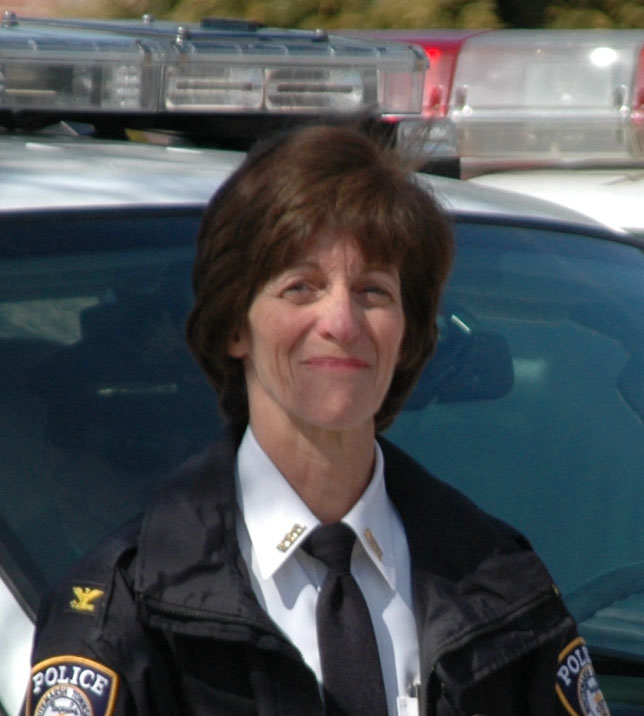 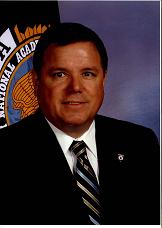 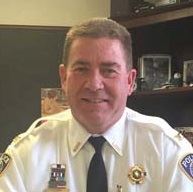